Create an Account - Increase your productivity, customize your experience, and engage in information you care about.

Located in the heart of downtown Sequim, the Sequim Opera House served to quench the creative thirsts and entertainment needs of area residents for many decades. Built in 1906 by Austin Smith and opened the following year by prominent area entrepreneur Charles Franklin Seal, the two-story structure with retail space on the ground floor and a second-level auditorium with stage was the site of musical events, concerts, dances, school graduations, film screenings, public meets and civic gatherings. It remains one of Sequim’s oldest commercial buildings and was added to the National Register of Historic Places in 1991. 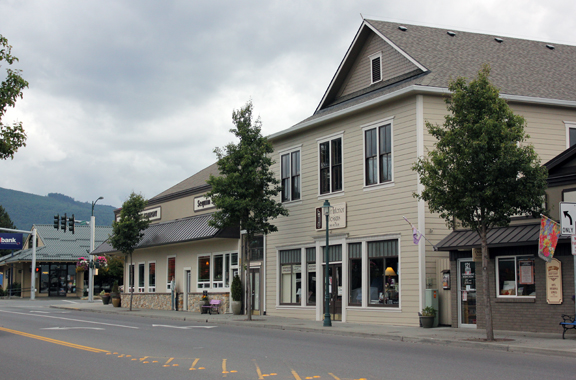 Strategically positioned near the railroad tracks that once sliced through town, the old Clallam Co-Op granary has provided a distinctive notch to the Sequim skyline for decades. The former grain elevator, which operated as such from the mid-1940s through the mid-1970s, has been home to the Mexican restaurant El Cazador since the early 1980s. The structure now also serves the area as a multi-purpose communications tower. 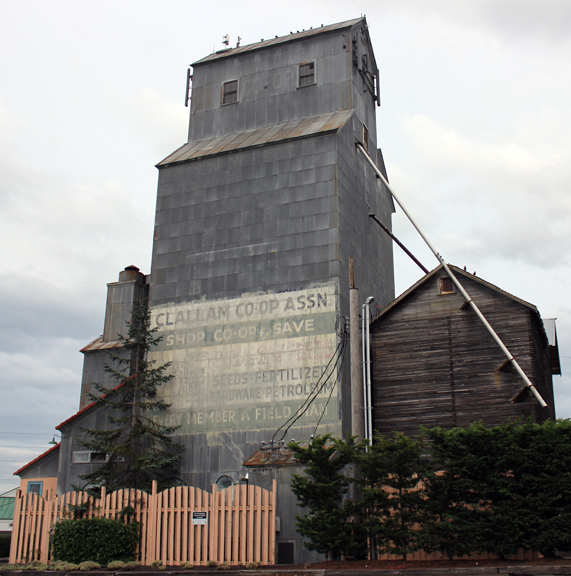 Pioneer Memorial Park was originally the site of Sequim's first cemetery. Flooding on the property resulted in moving the cemetery and property remained unused for more than 30 years. In 1951, the newly formed Sequim Prairie Club signed a 99 year lease with Sequim's Cemetery Association and members of the club began work on Sequim's first community park. The park had developed into a beautifully landscaped retreat with historical artifacts including some of the original cemetery headstones, a hand-hewn pioneer cabin, a totem pole carved by Jamestown S'Klallam Tribe elders, and a memorial waterfall. In 2001, the Sequim Cemetery Association disbanded and the park property was deeded to the City of Sequim. In a 2002 amendment, the Sequim Prairie Garden Club agreed to continue maintenance of the grounds for the park and a clubhouse that hosts community events. 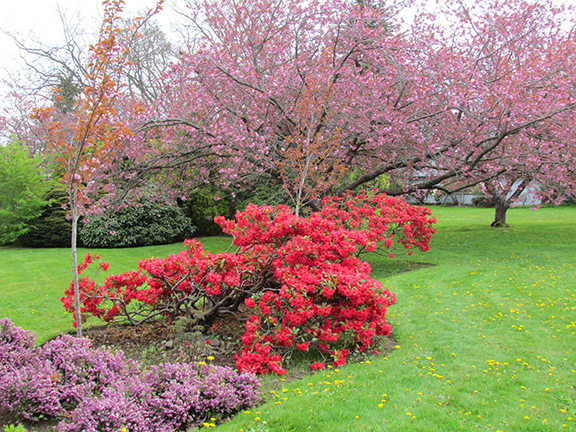 Constructed by the Chicago, Milwaukee and St. Paul Railway in 1915, this 600-foot railroad trestle spanning the Dungeness River was part of a railway that transported both passengers and freight across the North Olympic Peninsula. Now part of the Olympic Discovery Trail, the bridge is an integral part of the 28-acre Railroad Bridge Park, which was dedicated in 1992 and is home to the Dungeness River Audubon Center, in partnership with the Jamestown S’Klallam Tribe and the River Center Foundation. The Dungeness River Bridge was added to the National Register of Historic Places in 1982. For more information, visit Dungeness River Center. 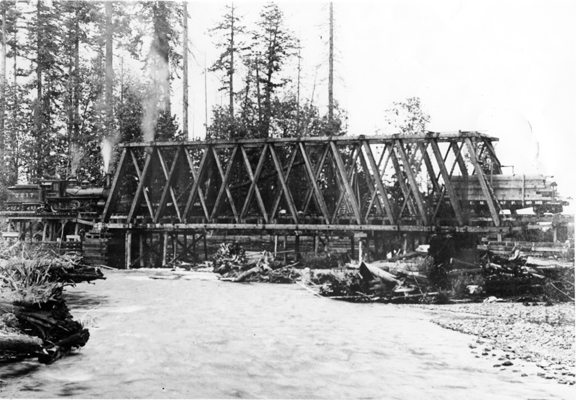 Boasting a long wharf, hotel, post office and store operated by the enterprising Bugge family at the turn of the 20th century, little remains of the once thriving commercial port of Port Williams. In 1944, the waterfront area was renamed Marlyn Nelson County Park in honor of Sequim resident Marlyn Wayne Nelson, who at age 19 died from injuries sustained in the attack on Pearl Harbor while serving on the USS California. A monument bearing his name and photograph was erected at the one-acre park, which is operated by the Clallam County Parks Department, in 1999. 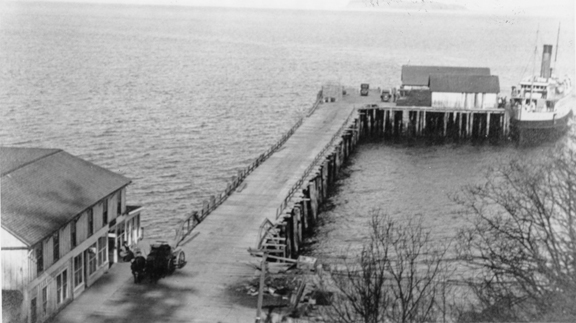 Built in 1892, this two-story rural schoolhouse first opened its doors in February 1893 under the leadership of one instructor for more than 60 students ranging from ages 5 to 20. The school continued in operation until 1955, when Dungeness School District No. 29 consolidated with Sequim School District No. 323. The Dungeness Community Club and Women of the Dungeness saved the building from ruin in the years to follow, eventually purchasing the property and overseeing its preservation into the mid-1990s. Today, the schoolhouse, which was added to the National Register of Historic Places in 1988, is owned and operated by the Museum & Arts Center (MAC) in the Sequim-Dungeness Valley and is available for rent for widespread community use. Additional information is available at MAC Sequim. 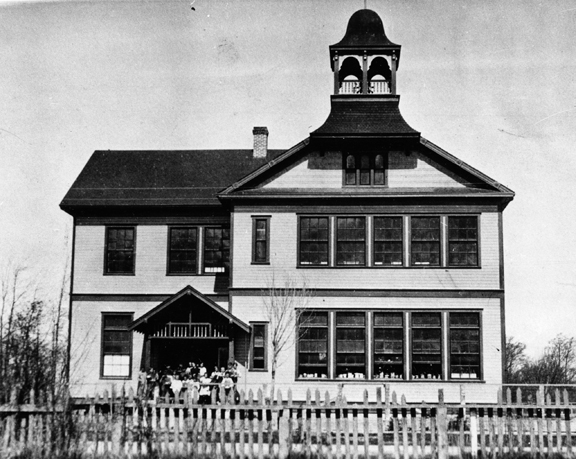 This historical marker briefly chronicles the history of New Dungeness. It was erected by Michael Trebert Chapter NSDAR, on May 8, 1965, on land donated by Margaret (Cline) Bigelow that was part of the original Elliot Cline land patent. Cline, who platted the town site of New Dungeness and for whom the nearby Cline Spit was named, was one of the first settlers of the area, having arrived in 1852. 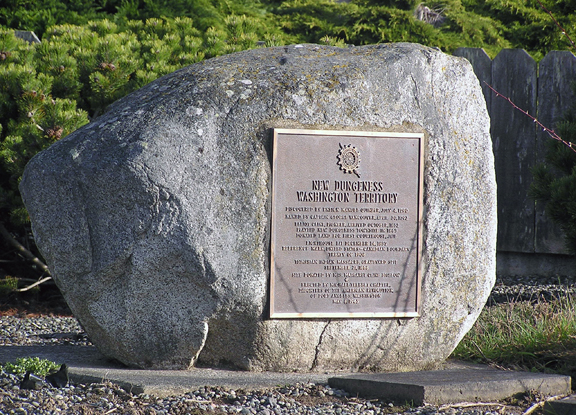 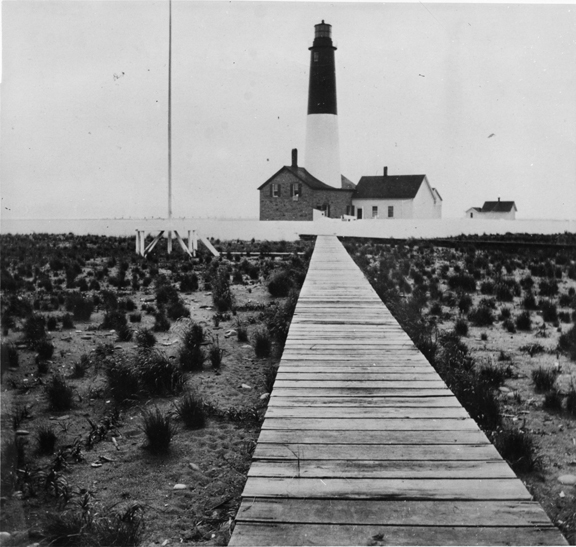 Plan a Trip
The perfect place to stay for your Olympic Peninsula vacation.
Weddings / Meetings
Beautiful and unique venues.
Community Info
Community services in Sequim.
Weather
Desirable through every season
[]